Andrew Sullivan has announced the winners of his various pundit awards for 2008, and the Hewitt Award ("given for the most egregious attempts to label Barack Obama as un-American, alien, treasonous, and far out of the mainstream of American life and politics") was a tie, with this quote from SNL alum Victoria Jackson as one of the winners:

"I don't want a political label, but Obama bears traits that resemble the anti- Christ and I'm scared to death that uneducated people will ignorantly vote him into office.

"You see, what bothers me most, besides being a Communist, and a racist

"(Obama writes in his book, From Dreams of My Father, "I found a solace in nursing a pervasive sense of grievance and and animosity against my (white) mother's race.") (Obama's "religion" of the last 20 years is Black Liberation Theology. What is that? "It is simply Marxism dressed up in Christian rhetoric. But unlike traditional Marxism, Black Liberation Theology emphasizes race rather than class. It's leading theorist is James Cone who says Jesus was black, African-Americans are the chosen people, and whites are the devil. Cone says, "What we need is the destruction of whiteness, which is the source of human misery in the world." The McAlvany Intelligence Advisor), is that he is a LIAR. He pretends to be a Christian and he incriminates himself everytime he speaks about Christianity. To lie about being a believer in Christ is very dangerous. Lightning could strike him at any minute! But seriously, he doesn't have a clue what the Bible says and yet he pretends to be a church- going Christian to win votes. That is sooooo evil."

More here, including video of Jackson.

Along the same lines, one of Sullivan's other nominees was this ad for California radio station KFI: 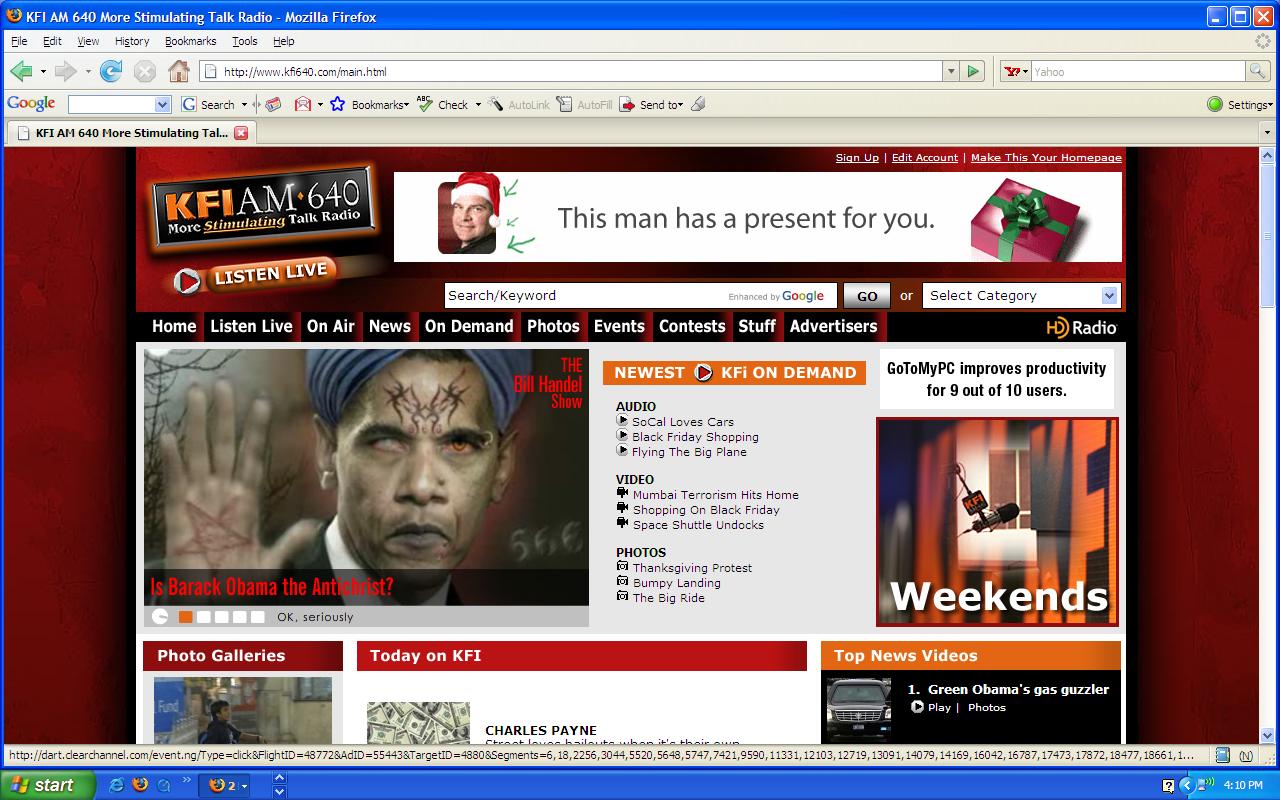