Let me be the first to thank Rep. Nathan Deal for bringing an issue of vital importance to the attention of Georgia voters.

During an online chat in November, Rep. Deal wrote “I am joining several of my colleagues in the House in writing a letter to the President asking that he release a copy of his birth certificate.”

The other week Deal’s office confirmed that this letter was sent, though it bore only Deal’s signature. Thus far Deal has declined to release the letter or discuss its contents, but I still choose to believe that the letter exists, despite not having seen it for myself.

Of course, Deal’s concerns about the President are nonsense. President Obama’s birth is already more well-documented than any U.S. President in history; the public has his certification of birth in Hawaii, confirmation of that birth by Hawaiian vital records officials, and birth announcements in two Honolulu newspapers. More Americans could probably name the hospital that birthed the current President than could name the state that gave us the last one (Connecticut).

But Nathan Deal nonetheless exposes another politician whose eligibility is hardly as settled as President Obama’s. And that person is Nathan Deal.

Deal is currently running for Georgia Governor. Per the Georgia Constitution, the Governor must have been a U.S. citizen for at least 15 years.

I have never seen any proof that Nathan Deal is a U.S. citizen. Unlike President Obama, he has never released any records of his birth. The documentation that is publicly available leaves many things to be desired. Extensive online research turns up only an alleged birthdate and birthplace of Millen, Georgia. Who were his parents? What was the hospital? Who was the delivering doctor? These are questions that need answers.

You see, there are unsourced internet rumors that Nathan Deal was not born in Georgia at all. That instead, his mother gave birth to him while his parents were in Canada, dodging the WWII draft. They then returned to Georgia and registered his birth here. Moreover, there is further rumor that Nathan is actually the son of Julius and Ethel Rosenberg. I’m not saying these rumors are true, but when can we expect Deal to produce the documents that would put them to rest? What is he hiding?

And unfortunately, a birth certificate alone cannot settle this matter, even after it’s been forensically examined. Deal has been a U.S. Congressman since 1993, and was previously a Georgia State Senator beginning in 1981. Both offices have citizenship requirements, yet in his nearly three decades in elected office, Nathan Deal has never publicly produced a shred of evidence to support his presumed U.S. birth and citizenship. Three decades of evasion. Even his Congressional website says nothing about his birth, opting instead for the conveniently ambiguous statement that he “was raised in Sandersville, Georgia.” His gubernatorial campaign website avoids the subject of his youth entirely.

And are you aware his first name is not actually “Nathan”? It’s John. John Nathan Deal. Did he ever legally change his name? Could his surname still be Rosenberg? We simply don’t know.

All of this means that Georgians deserve firm proof of Deal’s eligibility for the office he now seeks. He should produce witnesses to his birth, and evidence of his parentage. He should release his records from law school, college, high school, and kindergarten. Plus his parents’ marriage license, military records, Bar records, and baptism records.

Before he objects, these rumors merely mirror those that Deal’s fellow eligibility skeptics, his fellow ‘Birthers,’ have levied against Obama as grounds for their skepticism, and records that they have demanded the President produce. So if Deal empathizes with their conspiracist campaign, surely he cannot consider it unreasonable to be held to a similar standard. And I, for one, eagerly await him to live up to it.
Posted by Loren at 10:14 PM 2 comments:

Jason Pye provides a thorough look at the birther-related comments that were made at and by Nathan Deal at Tuesday's gubernatorial debate.

My thoughts on Deal's actual comments?

None of them get asked the questions that I get asked by constituents, "tell me what the status of the president's birth certificate is."

You're a U.S. Congressman. I'm sure you get asked a lot of stupid things. Everything from people who claim that Bush coordinated 9/11 to people who believe Obama is a reptilian.

So do you take all ridiculous constituent questions seriously, or just some of them?

I have simply asked the president, "tell me where I can refer these constituent inquiries to, to a source that you think is credible so that we can answer their questions."

You may not be familiar with it, Rep. Deal, but there's this wonderful modern invention called "The Internet." You refer them to his website. Or to FactCheck. Or to PolitiFact.

I think that is a reasonable proposition and certainly something that I think the president should respond to.

He did respond to it. Nineteen months ago.

Although at this point, he has not.

And when, Rep. Deal, do you plan on responding to rumors that your parents were actually Julius and Ethel Rosenberg? I think that's something that you should respond to, but at this point, you have not.
Posted by Loren at 3:20 PM 2 comments:

In early 2008, the John McCain campaign commissioned a report by Laurence Tribe and Theodore Olson on the subject of the Constitution's definition of "natural born citizen," and specifically how it applied to John McCain.

Laurence Tribe is a professor of constitutional law at Harvard Law School, and is considered one of the foremost scholars on constitutional law in the country. Theodore Olson served as Assistant Attorney General during the Reagan Administration, and was Solicitor General under George W. Bush. Both men have argued before the Supreme Court multiple times, and they were founding members of, respectively, the American Constitution Society and the Federalist Society. Simply put, these two men are among the most accomplished and respected legal minds in the U.S. Additionally, Tribe is politically liberal whereas Olson is politically conservative.

On March 19, 2008, the two men issued their report. The portion most relevant to the Birthers' claims has been excerpted previously:

"The Constitution does not define the meaning of “natural born Citizen.” The U.S. Supreme Court gives meaning to terms that are not expressly defined in the Constitution by looking to the context in which those terms are used; to statutes enacted by the First Congress...and to the common law at the time of the Founding.... These sources all confirm that the phrase “natural born” includes both birth abroad to parents who were citizens, and birth within a nation’s territory and allegiance....

Given the stature of Messrs Tribe and Olson, this should, by any measure, be a nail in the coffin of the 'two-citizen-parent' theory of Presidential eligibility. However, it appears that the memo in its entirety is rather hard to come by online. So I present it here, for your reading pleasure:

The Tribe/Olson 'Natural Born Citizen' Memo
Posted by Loren at 11:00 PM No comments: 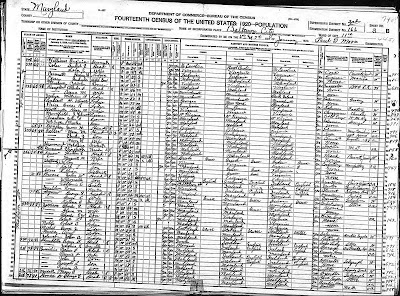 Spiro Agnew had a non-citizen father, and yet he was a natural born citizen. That is historical fact. To apply a different and novel test to Barack Obama, when the only difference between the two is that Agnew's father was from Greece whereas Obama's father was from Kenya, is simply inconsistent and hypocritical, and reeks of being a double standard.
Posted by Loren at 5:08 PM 3 comments:

Dennis Kucinich (Democratic contender, 2008)
- One or both parents were possibly born in Slovenia.

I would like to note that this list is, in no way, comprehensive. You can see for yourself that 'Party Nominees' only extends back to 1968, and 'Primary Contenders' only to 1996. And yet this list still has 20 names on it. Only one of whom was ever alleged to be ineligible because of his foreign parentage.


*You may notice that many persons on this list only have one immigrant parent each. That is because "Candidates with Immigrant Parents," despite being plural, does not imply that each candidate in question had two immigrant parents. Such an interpretation would be grammatically foolish.
Posted by Loren at 5:47 PM 4 comments: